One of the major draws of the MFA of the Americas is that you travel abroad during your June residency. When I learned the 2018 destination would be Rio de Janeiro, I was excited for all the residency entailed: lectures from visiting writers, in-person workshops, museum visits to take in the local art. I was eager to see Copacabana, Ipanema, Sugarloaf Mountain, the Mosteiro de São Bento… Most of all, I was thrilled for the opportunity to see Christ the Redeemer.

Cristo Redentor, the statue atop Corcovado, is an icon of the city. The idea to place a symbol of Christianity atop the 2,300 foot mountain was first proposed in 1850, dismissed, then resurrected in 1920. Construction took nine years (1922-1931). It is the largest art deco statue in the world.

The safest way to get to the statue is via the Trem do Corcovado. A sharp incline and breathtaking views had us running side to side in our train car, dizzy and ignoring the warning signs to keep our arms inside. A steep platform dislodged our sense of flat—where was the ground, exactly? And then the Christ was there.

Tourists piled on top of each other and shifted about to get photos that weren’t filled with other tourists. They failed. Corcovado was chaotic with people, even on a Monday near closing time in Rio’s winter. 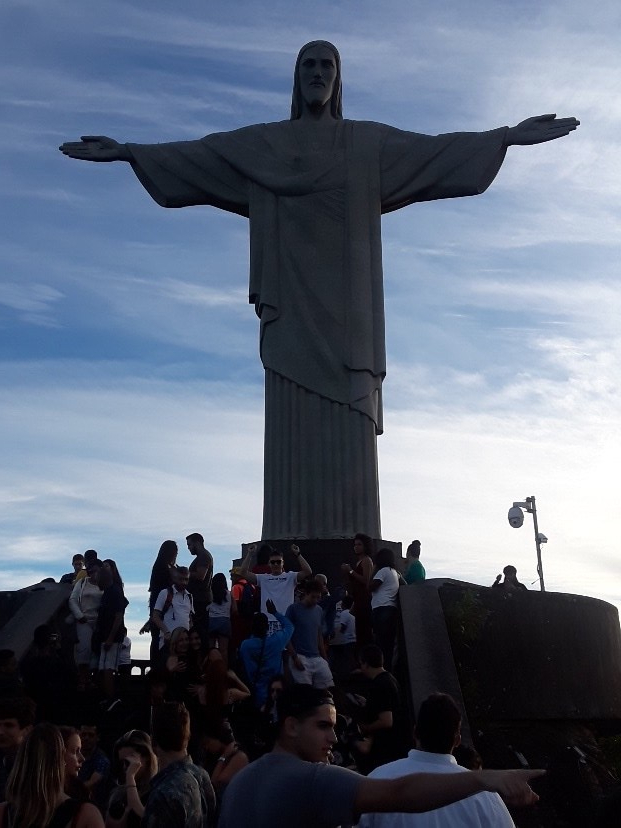 People smushed onto the veranda that jutted out from the mountain, eager for a photo with the breathtaking city as the backdrop. You needed to walk far from the Christ in order to properly gaze at him. The statue is massive. In photos it appears small, but in person you may truly grasp its vastness.

What surprised me and moved me most about this experience wasn’t necessarily the statue itself, but a chapel inside the base. Yes, the Cristo Redentor is so massive a chapel fits beneath his feet.

I settled onto a short, ottoman-like seat. People from the MFA of the Americas came and went: a professor and another student bowed their heads in prayer. Strangers paid their respects, a child lifted by his parent so he could touch the vestments on Nossa Senhora da Conceição Aparecida: Brazil’s devotion to Mary, the mother of God.

These visions added such depth to our Corcovado visit. Outside the open doors of the chapel, a sweeping din buzzed as other tourists photographed the statue, posing in front of it with their arms outstretched in imitation. Inside the chapel, there was only silence and reverence.

After seeing the statue, I announced to others in our program, “I could go home right now.” It was only day four of our two-week residency.

Of course, I’m glad I didn’t go home just then. There were so many more sights to see. The Mosteiro de São Bento was one of the most beautiful churches I’ve entered in my life, covered head to toe in gold. Pictures don’t do it justice.

On the last day, four of us managed a trip to Sugarloaf Mountain. Until then, and even after seeing the city from the top of Corcovado, I didn’t have a true appreciation for its immensity until lingering at this mountain. 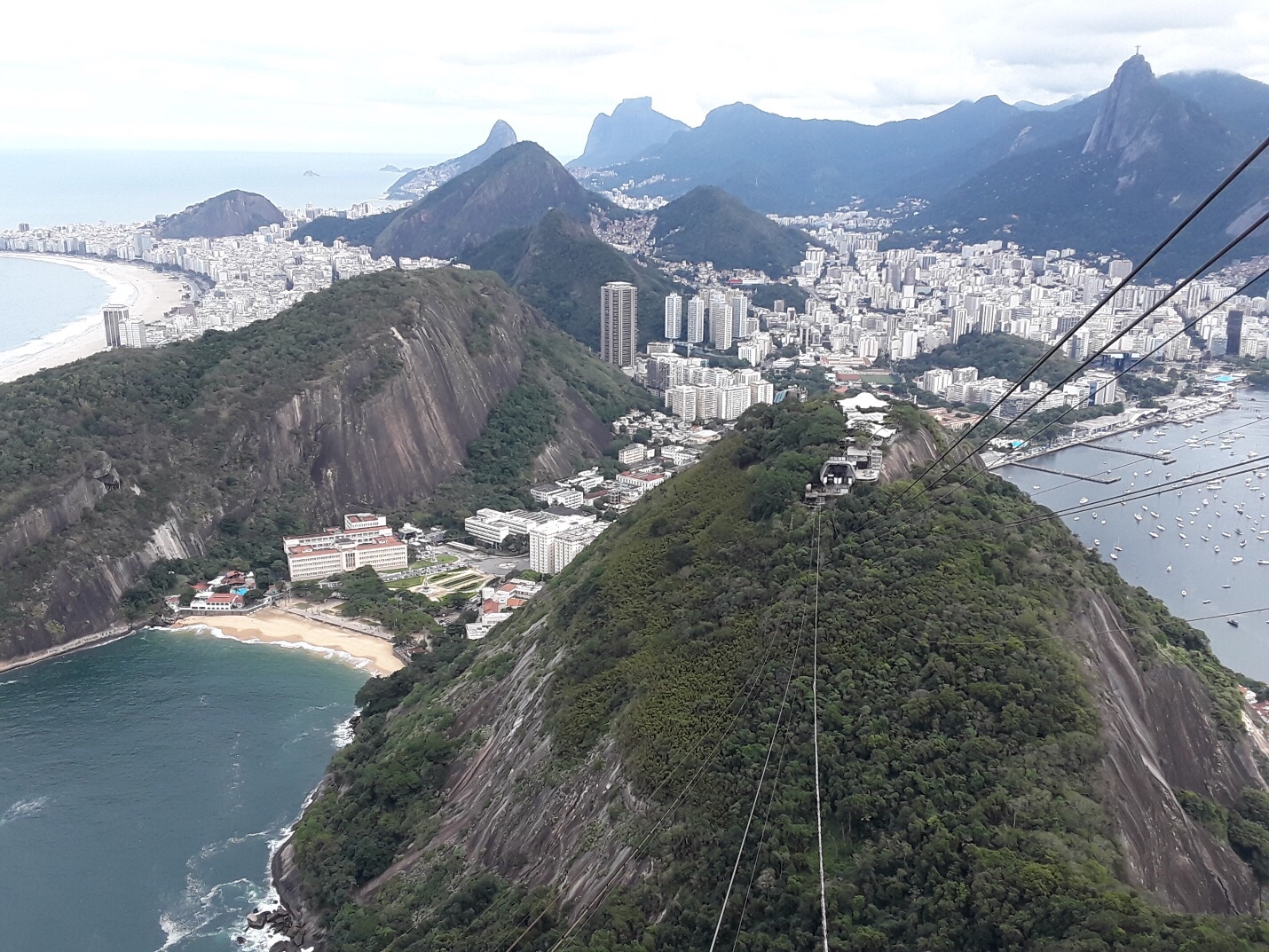 It was beautiful to gaze on Corcovado from Sugarloaf. Breathtaking views from both mountains book-ended the trip so gorgeously, and it was wonderful to have the opportunity for excursions throughout the residency.